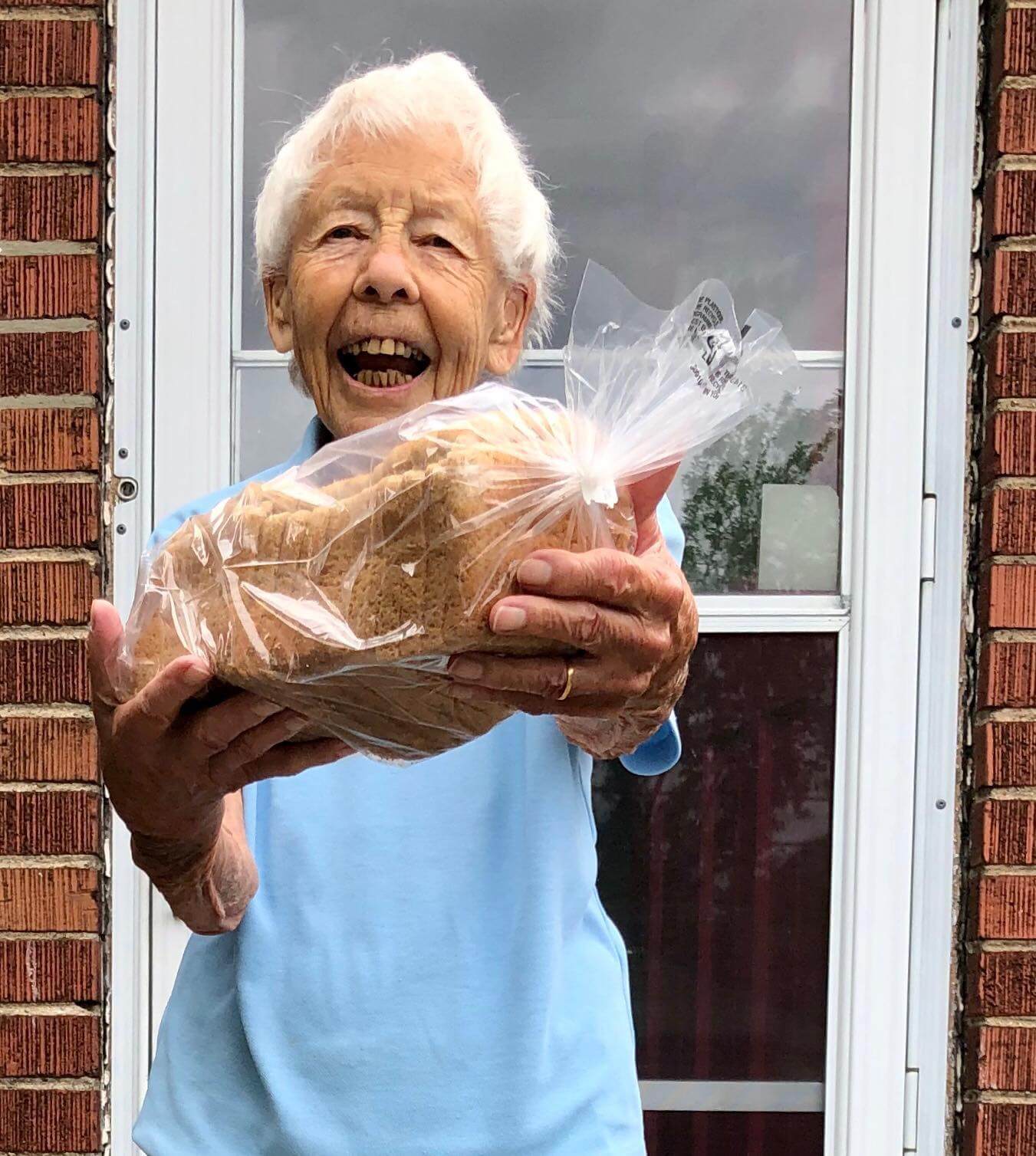 It has been many months since the Province ordered a state of emergency, which forced everybody to stay home, especially seniors. Our church remained open, offering care to anyone who came to our doors 5-6 days a week, between 11-1pm.

This was maintained by the efforts of many folks forced to shelter in place, like Jim and Merylie Houston, Stella Savage and Maggie Panter. While they were not allowed to come down to the church to help with the work of providing for the growing line of men and women who came to the church for aid, these folks prepared hundreds of sandwiches and even more baked goods, week in and week out. Maggie has made 3 loaves of sandwiches three times a week from the jump. Stella made two loaves of sandwiches every day the church was open, until a health issue sidelined her from the action. Jim estimates he has made 10 loaves every sandwich day, while Merylie has baked 12 dozen bran muffins at least once a week from the beginning.

Their generosity has enabled the church to continue it’s mission of fighting for justice and lifting spirits. They say it takes a village to raise a child, but the efforts of these folks and others like them have shown how much more powerful than that a village can be.

We are gathering online for the foreseeable future. The exact shape of things will change, but you can see some past ones to get a sense. If you would like to join in click here … END_OF_DOCUMENT_TOKEN_TO_BE_REPLACED
View Calendar
Add