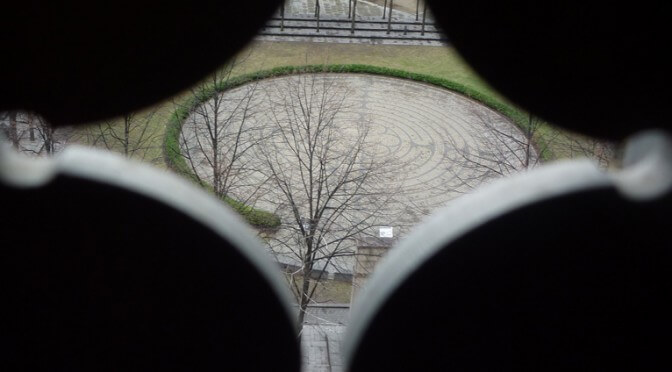 “We believe in one God,
the Father, the Almighty,
maker of heaven and earth,
of all that is, seen and unseen.”

There is a famous (or infamous) story in this congregation about a father who insisted on reading the Nicene creed at his daughter’s baptism. And then again at his son’s. How irritating! That’s not a statement we can get behind at Holy Trinity. However, that annoying man was and is a valued member of this community.

He was a warden for a time, he served on the diocesan doctrine and worship committee, spent ten years pouring himself into youth ministry in this diocese, toured with a liturgical band bringing the good news to parishes all over. He even, for a time, considered himself something of an evangelist.

Some of you who know that man know that over time he became more and more like Thomas of the gospel today in his desire for proof, or at least strong indications, of god’s presence. You may think or have heard that he has lost his faith.

Of course, nearly everyone in the room knows by now, that the father who read that creed and did all those other things, is me. You may wonder how someone who was so involved in the life of the church and in spreading the good news could become an athiest.

Bill Whitla and I had a conversation a few weeks ago that touched on some of that history.

It may surprise some of you who have heard this story, or who were there, that I didn’t believe that creed to be true or need others to say it. I read it because it is a key document in the life of the church. It was, and is, used at baptism services all over the world.

I believed at the time that the waters of birth were sufficient to baptize someone into God’s family, but that the baptism rite was about joining the broader church. However much we disagree with the broader church, it is important that we be reminded that we are still part of it.

I still believe all of that, except that I have let go of the idea of a god personified or otherwise.

In 2007, we were strong in will and numbers. We were focused on a goal that seemed just, timely and achievable – the blessing of same-sex unions by the General Synod in June. The negative results of that meeting were like a body blow to this community. We lost the vote and, for a time, lost our way. Too many felt they could no longer be a part of the Anglican Church and left us. We still feel their loss. Those of us who remained were shell-shocked and seldom spoke much about same-sex blessings. We were uncertain what to do. Our grand willingness to be a place that would go all the way came to little because there was seemingly no one who wanted that from us. We were frozen and hurting.

In 2010, we finally pulled ourselves together and formed a working group that took strong action with and on behalf of Jim and Joyce. Did we do it because of our strongly held beliefs? Undoubtedly in part. But I believe, the main reason we fought so hard and fought to win when we re-engaged was because Jim and Joyce are of us. When your family is being threatened or hurt by others, vague appeals for change are not enough. We took tough action and brought the battle to the bishops out in the community. One member even stood alone at an ordination elsewhere in the diocese and raised an objection to the shock and surprise of those present. That, and the actions here by so many of you at Nola’s ordination sent a strong message that there was more where this came from. We won that battle. I think we were shocked at how quickly successful we were. I know I was.

“Alone, you can fight,
you can refuse, you can
take what revenge you can
but they roll over you.”

“Two people can keep each other
sane, can give support, conviction,
love, massage, hope, sex.”

“Three people are a delegation…
A dozen make a demonstration.
A hundred fill a hall…”

“it starts when you say We
and know who you mean, and each
day you mean one more.”

We are not a community with a clear single purpose. We are a community that has supported and engaged with the work of its members. Whether that was Alice and Don in justice issues, our various housing projects, the place of the LGBTQ community in the church, refugees, or the music and liturgical interests and gifts of so many here.

We are still involved in many things through our members. If is seems like we are less than we were, it is largely because there fewer of us than in even the recent past. I don’t know the answer to that except to share more widely who we are and our passion for justice and community. Unfortunately, I’m no longer an evangelist, so we’ll have to find a different plan. Maybe someone else here would like to join the street preachers at Yonge and Dundas to share our message.

Our message. What is it? Other than our lovely and open welcome statement, it is hard for us to reach that point. I’m not advocating some process to decide on our message and put it out there because I don’t think that would be fruitful. As a community, we are the sum of our parts. We have had a tradition of hearing from many members of the congregation from the pulpit and I’m glad that that continues. But I hope we can share that varied message with the wider community. That is how people will come to know us and maybe become part of our We.

We are a funny group. At once unique and very much similar to every other congregation in this diocese. When we’re in trouble, we try to help each other the best way we know how.

An occasional visitor said to one of our regulars a few weeks ago that there was a special sense of community at Holy Trinity. She liked her parish and felt sure that if she was in some trouble or distress, meals would appear. But she said that at Holy Trinity, someone will come and help you get to the bathroom. I certainly think that is at least often true of us.

Do we have it all together? Do we know everything? Do we always live up to our own ideals? Are we absolutely certain in our own beliefs?

We may be more like those pigeons. Going on as we think best, sticking together as best we can. Sharing what we have with the other pigeons. But we need to share who we are as openly and widely in the streets of this city and the avenues of the Internet if we are to grow our flock of pigeons. However, like the pigeons, let’s not fret so much about who we are and what we ought to do that we lose our joy in being together.

We are all undoubtedly lost. But we are lost together and that makes all the difference.

We’ll have a kind of cafe gathering every Wednesday from 2:30-3:30pm. Someone will be the host and be online that whole time and folks can drop in and visit at any point during that time. … END_OF_DOCUMENT_TOKEN_TO_BE_REPLACED
View Calendar
Add