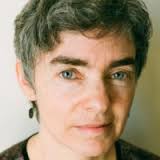 at the Church of the Holy Trinity
Trinity Square, Toronto (west of the Eaton Centre)

What does it mean to say we are “treaty people” in Toronto?

Victoria Freeman is the author of Distant Relations: How My Ancestors Colonized North America, and teaches in the History and Canadian Studies Programs at York University. Her 2010 dissertation, “‘Toronto Has No History!’ Indigeneity, Settler Colonialism and Historical Memory in Canada’s Largest City,” focused on the Indigenous and colonial history of the Greater Toronto Area. She is also a member of First Story Toronto,  based at the Native Canadian Centre of Toronto, and has been a long-time activist working to further decolonization and reconciliation, including through the arts.

Zachary Smith is a second year PhD student in the Department of History at the University of Toronto where he studies Indigenous political history, and treaty-making in the Great Lakes. Of Anishinaabe ancestry, he has also worked as a researcher for Chiefs of Ontario.

You are encouraged to read these articles in preparation for Thursday’s conversations.

History of a Friendship – freeman

We are gathering online for the foreseeable future. The exact shape of things will change, but you can see some past ones to get a sense. If you would like to join in click here … END_OF_DOCUMENT_TOKEN_TO_BE_REPLACED
View Calendar
Add