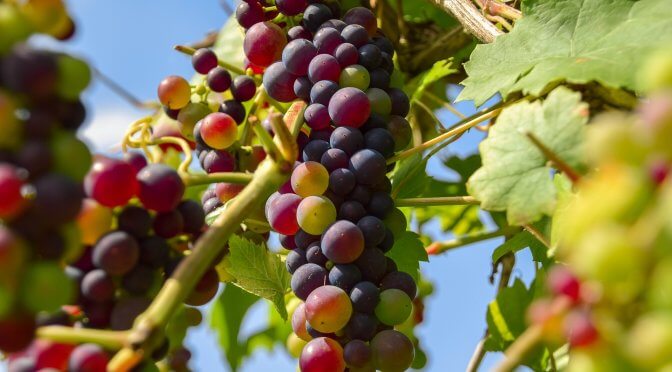 I’m going to tell a little story today. I don’t know whether I’d call it a parable. It’s not quite a literal history. But it’s close enough.

There was, once, a place that was very nice. Lush. Great for growing grapes and things like that. There was a family living there, and they were pretty happy with it. We’ll call them the Ones. Nothing’s perfect, but, you know, the Ones had food, family, all the things that people do with their time when nothing and no one is forcing them to do something else. Life was good enough.

And then another family showed up from another place. We’ll call them the Twos. They liked where the Ones were living. They wanted to live there. They didn’t say, “Hey, do you mind if we fit in here somehow?” or “What can we give you in exchange for some of what you have so we can live here?” They said, “Hi. We’re the Twos. These are guns. Look what they can do: [BANG BANG BANG]. Get the idea? We want this land. Oh, you? You can get out and live somewhere else, or you can stay and work for us.” Some of the Ones left. Some were killed. Some decided to stay and work for the Twos, because at least they’d still be in this nice place getting the benefit of the land.

So the Twos planted grapes – well, mostly they got the Ones to plant them for them – and the harvest was good. The Twos built a big house with a big front lawn and a nice view, and they told the Ones that they could go live in a shack on a rocky corner of the land and keep part of the harvest. Oh, no, not that part. We need to keep the, uh, saleable grapes for, you know, selling, so we can make money. No, here, you get the ones that we can’t sell. Well, sure, they’re a little sour, but what? You think we’ve never eaten sour grapes? Here we’re giving you a place to live and we’re giving you jobs. You take this. You should appreciate it. [trigger point]

This arrangement persisted for several generations. The children of the Twos inherited the title to the orchard, they inherited the big house, as the family grew they built a few more houses, and they flourished. And the children of the Ones inherited the shack and the harvesting jobs and the sour grapes. From time to time, some of the Ones protested their circumstance. They even went on strike a few times. We won’t say that turned out very well for them at the time – their family graveyard got a lot fuller a lot sooner than they had hoped – but some of the children of the Twos began to realize that this wasn’t really quite a fair circumstance. Over time, the Ones got to call their corner of the vineyard their own property. They managed to build a nicer-looking house. You know. One of the children of the Ones married one of the children of the Twos – not everyone liked that, and they didn’t inherit much from the Twos, but it was something, you know? Here’s the Twos really accepting the Ones. Yeah. And the Twos are going out and working in their orchard, and they’re hiring Ones and paying them, you know, market value, and the Ones have their own nice little business over there in the corner lot. They could buy more from the Twos if they built up the money, ya know?

And so here we are in the present day. Pretty much all of the Twos agree that the Ones are equal and deserve equal rights and all that. There are jobs, everyone can apply for them. But beyond that there are some disagreements. Let’s look at two of the Twos. We’ll call them Alex and Bobby.

Bobby’s been talking to some of the Ones, and Bobby’s been listening to what they say, and how they’re talking about how the Ones really deserve some reparation for what the Twos took from them. Some evening out of the score. Bobby follows a bunch of them on Twitter and retweets them all the time. Bobby takes the side of the Ones in the family arguments, I mean cordial conversations over dinner.

And Bobby’s like, “You go visit them and their grapes aren’t as good because of where they’re grown. They don’t sell as well and they’re not as nice for them to eat either.”

And Alex is like, “Well, they should buy some better land, then. We have some to sell. That’s just sour grapes.”

…
Now, today’s reading from Ezekiel could seem to be siding with Alex. After all, we’re not accountable for the sins of our ancestors, right? The Twos of today didn’t force the Ones of today off their land at gunpoint, right?

No, but they’re still benefiting from what their ancestors did. They have the better land. They have the nice grapes. They’re able to profit from their land in a way that the Ones are not. Everything they do is still benefiting from and perpetuating that inequality. The reason the Ones are getting the sour grapes is because the Twos aren’t. Even if the Ones and Twos of today are all hard working, the Ones will have to work a lot harder and longer to get close to the same results the Twos get. Each individual is responsible just for their own acts, but inaction is a choice of action too.

Imagine two kids sitting on a see-saw. And one kid is twice as big as the other. So the smaller one sits down on one end, and then the bigger one sits down on the other. And the smaller one goes up into the air and stays there. Now, they’re not going to be able to actually balance and see-saw like that. And the smaller kid can’t do anything to help the balance. The bigger kid could move towards the middle of the see-saw – we’ll say it’s an old one that lets you do this – and then they would be able to see-saw. You know how levers work, eh. It’s within the big kid’s power to make it balance. And if the big kid chooses not to move, that may not be taking action, but it’s a choice nonetheless. It’s an exercise of discretion that’s available to the big kid and not to the small one. It’s a question of the big kid’s responsibility. If the big kid just sits there and says, “What? We both sat down. Why should I have to do more?” the available grown-ups won’t take that for an answer. I hope.

So, likewise, a choice by Alex not to do anything is a choice to continue benefiting from an imbalance. It’s not the Ones who aren’t taking responsibility. It’s the Twos.

Well, it’s Alex, anyway. What about Bobby? Jesus says in today’s gospel that it’s no good just to say you’re going to take action, you have to actually do it. If Alex went out and traded some good land for some of the bad land the Ones have, that would be real action, and it would show Alex to have done a real thing while Bobby is talking.

But wait. Where are the voices of the Ones in all of this? Why are we centring the Twos, Alex and Bobby?

Well, we may be, but Bobby’s not. Bobby is amplifying the Ones. Sharing what they have said. Bobby’s not trying to take credit for magnanimity. Bobby could probably be doing more, but sometimes the first thing you need to do is let the people who haven’t had a chance to speak speak. Give them the microphone. Let them actually tell you. Listen to them. Help others to hear them. That’s not all you can do, but it is doing something.

Why am I standing here, anyway? I’ve said enough.