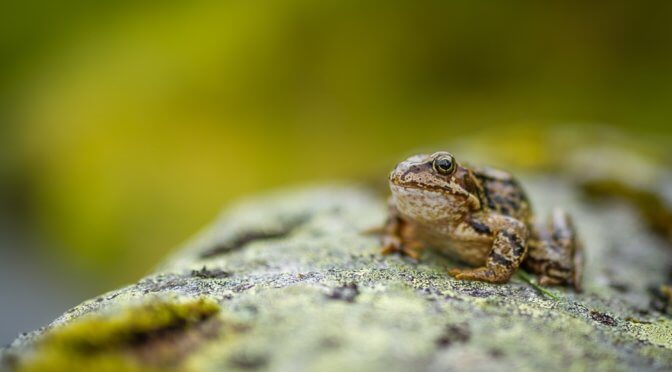 Let’s pray: may the words of my mouth and the meditations of our hearts be acceptable in your sight, O Lord, our Rock and Redeemer. Amen.

Thank you for the opportunity to deliver this sermon to you today. This opportunity comes at a perilous time: we are failing to address the threats arising from a warming climate. David Wallace-Wells speaks to the dangers facing us in his book entitled: The Uninhabitable Earthi. I can summarize his analysis visually as three successively larger rings each fitting within the other. The inner ring identifies what is incontrovertible: the world’s climate is warming. This inner ring is surrounded by a second larger ring, within which he describes the results of this warming: species lost, wildfire such as that occurring this weekend in California, extreme weather such as the winds that are driving the wildfires in California, flooding, rising sea levels etc. linear results. In the larger third ring are less well understood and tipping points, loss of agricultural productivity, permafrost melting, uninhabitable landscapes, failed societies, climate refugees, etc. non-linear complex tipping points where the landscape character changes substantially and possibly irrevocably.

We could have prevented many of these effects early on if we acted in the 80s, early 90’s. About on half of the greenhouse gas emission in the atmosphere today have been placed there since 1990. But we succumbed to denial and did not act. Now we face threatening prospects that year by year rapidly worsen and require more radical adaptation: how will we and, more important, how will our children and grand-children survive?

The reading from Aldo Leopold’s Sand County Almanacii was written in 1948 and published posthumously. Leopold, a wildlife biologist, was an eminent educator and researcher. His text on wildlife biology written in the late 20s was a standard wildlife biology text until recently. A Sand County Almanac reflects his experience rehabilitating a 120-acre farm’s ecosystem along the banks of the Wisconsin River. Observing that his farm’s despoliation is condemned by the Biblical prophets Ezekiel and Isaiah he seeks to repair that damage and an expansion of personal and community ethics to include: a land ethic. The proposition I make today is the Scripture we read this morning undergirds the land ethic he recommends.

The reading from Job Chapter 38 is preceded by discussions between Job and his three friends. Job has endured a series of personal and family disasters: he is reduced to pain and suffering. He challenges God: how could this happen to me, a righteous man living a good life. His friends, assuming that God’s thinking is their thinking, reply he must have fallen short: disasters don’t happen to righteous folk.

Fast forward to today and Job’s friends are three neo-liberal economists extolling the virtues of burning “clean coal”, fostering economic growth and by arguing against the “carbon tax” and Greta Thunberg’s demonstrations. But God’s thought is different! In the reading from chapter 38, God responds to Job’s friends: “where were you when I laid the foundations of the earth, speak if you understand it all.” God’s message to Job is to observe and listen: and act on the realities you experience.

The “earth is a living planet that regulates its surface and atmosphere in the interests of the biosphere.”iii Within the biosphere, God’s creatures, including humanity, living locally interact to the mutual benefit of both. Appreciation of these interactions enlarges our sense of place and community. As Leopold states, we are losing this “direct experience with the land that would foster the kind of intense consciousness of land.”iv An awakening that enables us “to see, know, understand, respect and love the land”v is needed.

A land ethic will include new standards for ethical living such as the elimination of the burning of fossil fuels. This land ethic’s standards will be set by the science that imbues God’s creation. The environmental examples for these new standards God gives to Job include the following: behemoths, an understanding of how components of an ecosystem operate, e.g., the wonder and beauty of severe storms, and leviathans, individual phenomenon within creation e.g., alligators. When we don’t respect how healthy ecosystems operate we act in God’s place creating our own behemoths, e.g., increasing risks associated with increasing severity of wildfires and extreme weather events and leviathans, e.g., methane emissions from melting permafrost, potentially unmanageable tipping points.

In contrast Henry David Thoreau observes “a town is saved not more by righteous men” and women “in it than by having the woods and swamps that surround it.” vi

During my graduate studies at York’s Faculty of Environmental Studies, John Livingston took us through a humbling exercise: he asked our class to identify human traits that were unique to the human species. As we listed traits, he would identify wildlife species which exhibited each trait: consciousness is a shared trait throughout creation. We need to hone our hearing and observation! What might an understanding of creation’s consciousness look like?

The reading from Psalm 19 provides some insights: “the firmament proclaims God’s handiwork. Day by day pours forth speech, and night by night declares knowledge.” While we don’t hear that speech, or understand it, yet “their voice (creation’s voice) goes out through all the earth, and their words to the end of the world.” The earth’s soils, waters, plants, and animals, or collectively, the land, have direct and privileged relations with their Creator.

Reverence for the land can improve our sight, our hearing and our appreciation for the land and this relationship. In the Gospel of Mathew, Jesus instructs us to “look to the birds of the air: they neither sow nor reap nor gather into barns, and yet your heavenly father/mother feeds them” (Mathew 6 verse 26). In the words of Gerald May, a spiritual director, “they [birds] do not question their identity. They do not second guess themselves. They are what they are, and they are impeccable at it. They have no questions about their worth on earth. They are worthy”vii (Gerald May, The Wisdom of the Wilderness, page 167). How might it benefit us to observe the birds, trees and the land? What might we see?

The Emerald Ash Borerviii has resulted in the demise of ash trees from our forests and communities. Public health researchers found a positive correlation between this tree loss with increases in mortality rates from cardio vascular and lower respiratory tract illnesses. Similarly, the availability of greater quantities of residential green space during childhood is associated with lower risks from psychiatric disorder in later lifeix.

In the Gospel reading from Luke, Jesus contrasts the practical wisdom of two builders: the first listens to Jesus’ words and is like a builder who builds a house with foundations on bedrock. Floods come and the house doesn’t shake: it is well built. Similarly, another hears but doesn’t act and builds a house on the ground. Storms come and the house fails. Think of this practical knowledge taking the form of an affordance: building on bedrock provides a solid foundation which can withstand heavy rains and strong winds while providing shelter.

It makes sense! Failure to listen, observe and experience the character of the landscapes in which we live is the same as failure to observe, listen and experience our Creator. The results are the same; we and our buildings fail. Are we up to building in a warming climate where the landscape’s character changes to something new and forbidding, and perhaps unknowable?

What engineer, landscape architect, planner or architect can provide such practical advice and standards when extreme weather events of ever increasing severity and character are experienced?

We need to rediscover the many wonderful and varied ways we can make ourselves available to the land: for example Henry David Thoreau observed that “nor wealth can buy the requisite leisure, freedom and independence” that comes from walking. “it comes from the grace of God” (Henry David Thoreau, Walking, page 7).

In the final reading from Romans, Paul writes “for the creation waits with eager longing for the revealing of the children of God… creation itself will be set free from its bondage to decay and will obtain the freedom of the glory of children of God.”

Gerald May describes how we might experience this revealing.

“Sometimes I can actually feel this creation taking place as a kind of play: love dancing in freedom. Love is the pervading passion of all things that draws diversity into oneness, that knows and pleads for” the union Leopold sought with the land. “Love is the Power that births and grieves, the laughter that fills the heavens, the tears that water the earth. Love is the energy that fuels, fills, and embraces everything everywhere. And there is no end to it, ever.

“we human beings are one of more than a million species of animals that share this little planet with more than another million species of plants, living by the light of this small star we call the sun, which is one of billions of stars in this universe, which is.. God only knows. And it’s all going on in overflowing splendour, lavish profusion, luxuriant exuberance…. We are irrevocably part of an endless creation of love.”x

i Wallace-Wells, David., The Uninhabitable Earth

vii May, Gerald, The Wisdom of the Wilderness, page 167

We’ll have a kind of cafe gathering every Wednesday from 2:30-3:30pm. Someone will be the host and be online that whole time and folks can drop in and visit at any point during that time. … END_OF_DOCUMENT_TOKEN_TO_BE_REPLACED
View Calendar
Add