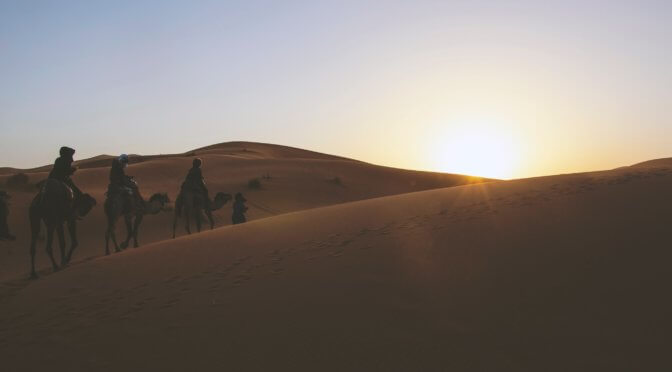 Homily on the Feast of the Epiphany 2020

I know a lot of people in this congregation will be familiar with that popular feminist ballad: ‘Sometimes I wish my eyes hadn’t been opened.” We’ve even sung it here on a number of occasions.

Sometimes I wish my eyes hadn’t been opened
Sometimes I wish I could no longer see
All of the pain and the hurt and the longing
of my sisters and me as we long to be free.”

Please excuse me if I take liberties with the lyrics this morning and change the last two lines :

Sometimes I wish my eyes hadn’t been opened
Sometimes I wish that I just couldn’t see
All of the pain and the hurt and the longing
of the earth and her creatures as we long to be free.”

Here we are the beginning of not only a new year, but a new decade for earth and all her creatures. As we take a look around, tyrants abound; innocent infants and children are being killed, jailed or dying of hunger and thirst. Assassinations are carried out on the whim of the new tetrarch south of the border. Innocent animals in their millions are dying from the effects of fires, drought, and floods. Definitely not a pretty picture.

But neither is today’s gospel reading for Epiphany. A child is born into temporary homelessness; a star leads mysterious strangers to offer homage to this child, but they are waylaid by the power-crazy potentate in Jerusalem. So after worshipping the child and offering their gifts, they take off in a hurry to look for a different route home: possibly one that is more dangerous, and leads through the desert.

As a result of this, Herod orders the military to carry out a targeted strike on all infants and babies. And Joseph, Mary and the infant flee across the border to beg for refugee status in Egypt.

All this is a reminder that there was and IS a political cost to Christmas and Epiphany. Jesus was born not in a palace but in a feed trough to parents who were marginalized at many levels.  But the Bible is clear from beginning to end of the so-called Infancy narratives of Luke and Matthew ,that the Principalities and Powers of that age—represented by Herod and his military and religious allies -The Canadian oilpatch is concerned that a push led by former Bank of Canada governor Mark Carney to demand further climate disclosures and climate risk assessments from global banks could increase scrutiny of investments in the Canadian oil sands and nascent liquefied natural gas sector.are threatened by a God who enters our world from below, recognized by vagabond shepherds and mysterious foreigners.

The Incarnation – taking flesh – of God is described in its context in terms of ambiguity, political violence, displacement and danger—which is to say, of real life as it is for the poor, then and now. Now, in 2020 the earth teems with refugees, lamenting mothers of murdered indigenous women, their daughters. The murderous ambitious of the mad and mighty rulers of this age mindlessly provoke war. And apocalyptic fires and floods cause the death and displacement of wildlife and green forests.

In today’s gospel, as soon as the Magi had left, Matthew tells us, Joseph was instructed to flee immediately across the border to Egypt to avoid the murderous rage of the tyrant Herod who will slaughter the babies who are now regarded as a potential threat to his hegemony. The Magi were instructed to return to their own country by a different route. They had, in all innocence, followed the Star and worshipped the infant in the manger: now that experience had radically changed them: they could never be ever be the same again. They HAVE no choice except to return home by a different route. Not just a geographical itinerary, but a cognitive and psychological on as well.

This idea of experiencing the light of Christmas and then returning to normal life by a different route is a powerful symbol for me at the beginning of this new decade. The Magi were told to take a radical turn of direction if they want to find their way back to a world that is familiar but will never be the same again to them after seeing the child in the manger framed within the starlight sky.

TS Eliot describes this so wonderfully in his ‘Journey of the Magi’:

We returned to our places, these Kingdoms,
But no longer at ease here, in the old dispensation,
With an alien people clutching their gods.

How could they ever be at ease again, when they have learned that God has sent a direct sign that the power to imagine a new world, to create the earth anew comes through the combination of cosmic awareness and guidance represented by the star, and the avoidance to the entrenched powerful interests represented by Herod. Surely these Wise Ones must have sometimes wished that their eyes had never been opened.

Our pathway today towards finding a different way home is before us as we leave behind the Christmas season and enter the New Year. The direction is not going to come from the top – from the Herods – politicians and the corporate powers of oil and coal who view any leadership and mass movements outside their control as a threat. And so they too, will continue, with the help of the military, to slaughter the innocent, wreck the earth and destroy the means of future survival.

The scientists and experts trying to communicate the threat of climate change, have been opposed and underfunded for years. An organized, well-funded disinformation campaign of lies by the Herods of today, fossil fuel industry among others has seen a concerted effort to confuse the public and policymakers about the reality and threat of human-caused climate change. Fake news on climate change abounds. But in the face of the TV footage of Australians running into the ocean to escape raging fires, it’s not easy to sustain the denial.

And what started as a lone climate strike in Stockholm last year by teenager Greta Thunberg has now gained global momentum with at least six million young people in 150 countries marching in the streets demanding action. This new moral authority of the children and youth who have everything at stake in the future and who are skipping school and taking to the streets to demand change has been momentous and unexpected – and also hard to ignore or ridicule. It offers a new route, a pathway out of disaster, to a jaded world community. We as elders need to join this caravan.

Closer to home, we have the witness of the Canadian water activist Autumn Peltier, who is 15. Peltier is an activist from Wiikwemkoong First Nation on Manitoulin Island in Ontario. Peltier has also addressed the international community at UN headquarters to draw attention to the lack of clean water in numerous Indigenous communities. “All across these lands,” – and yes, these are out Canadian lands – “All across these lands,” she said, “ we know somewhere where someone can’t drink the water. Why so many, and why have they gone without for so long?” Surely we cannot continue along this same road for another decade.

In her New Year’s message, Angela Merkel said that in order to avoid future disaster, “ we need more than ever the courage to think in a new way, the strength to leave familiar paths. We need the willingness to try new things, and the determination to act faster, convinced that the unusual can succeed – and must succeed if the generation of today’s young people and their descendants should still be able to live well on this Earth.”

In other words, to return to our true home on this earth, we must go by a different route – and get there quickly.

Today’s first reading tells us that “darkness shall cover the earth and thick darkness the peoples; but the light will arise upon you and God’s glory will appear over you.” Some of that glory of God is in the colourful banners and signs carried by the children and youth. They are clear, they are serious, and they are the voice of God today. We the elders must get behind their leadership – running if we must – to catch up.

You may have heard Mark Carney, the new UN envoy on climate change and finance, interviewed by Great Thunberg on the BBC recently, and he told her: “my concern is that we will spend the next decade doing worthy things, but not enough …and so the climate will stabilize but at a much higher level than it should.”

And within 24 hours, the Financial Post had reported that: “The Canadian oil patch is concerned that a push led by former Bank of Canada governor Mark Carney to demand further climate disclosures and climate risk assessments from global banks could increase scrutiny of investments in the Canadian oil sands and nascent liquefied natural gas sector. “

Well – if Mark Carney is striking even a frisson of fear into the Canadian oil patch, then I’m sure glad that his eyes have been opened to the possibility of change in the financial markets. As I was thinking about bringing Mark Carney into this Epiphany homily, I had this crazy picture of him leaping onto a camel in a business suit and riding off into the desert to find the Magi leading the children’s caravan and finding their way home by a different direction.

There are so many people in this congregation already searching for and finding a new route home for this church community. Can you find a fresh camel with new energy at the outset of this new year, to speed you on your journey? 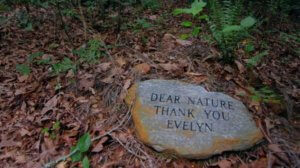 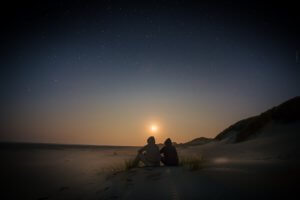 Second Breath is a ministry of Holy Trinity that meets every Friday from 12:15 to 1pm for contemplative prayer. About 12 people gather each week; some are members of the parish, some work nearby and … END_OF_DOCUMENT_TOKEN_TO_BE_REPLACED
View Calendar
Add 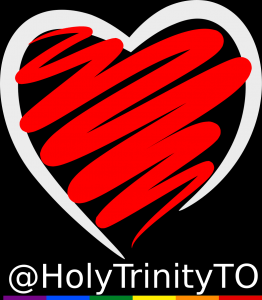