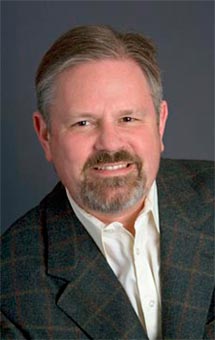 A sermon preached on February 28, 2010 by Christopher Lind

Please repeat after me this prayer:

“May God grant me the serenity

To accept the things I cannot change;

The courage to change the things that I can;

And the wisdom to know the difference.”

I have been thinking a lot about Wisdom recently. Partly this is because of the difficult choices we are faced with as a community. Partly this is because as individuals we are always and repeatedly faced with decisions where the right answer is not obvious. Maybe we don’t have enough information? Maybe our timeline is too short. Whatever the stress, we find ourselves yearning for the Wisdom of Solomon.

You may remember Solomon as the King of Israel who rendered a famous judgment. Two women were arguing about a baby, each claiming the baby as their own. When Solomon suggested dividing the child in two with a sword and giving each woman a half, one of the women refused the offer saying she would rather lose the baby than have it killed and divided. By this Solomon identified the child’s true mother.

In the Biblical tradition, Solomon is considered the model of wisdom. Solomon is the son of King David and when he becomes King, he prays to God not for long life or wealth or death of his enemies, but for discernment in administering justice. God grants his wish and

“The whole world sought audience with Solomon to hear the wisdom God had put in his heart.” (1 Kings 10:24)

Other wise men and women are also examples of the Wisdom tradition. These are craftsmen, royal counselors, sorcerors, magicians, astrologers & professional sages (see Isa 3:2-3). So, Joseph in his role as the interpreter of dreams for the Pharaoh is a good example of the Wisdom tradition but so too are the most wise men of all, the 3 Kings from the East, who come every Christmas, right on cue.

As you can see, Wisdom is international (Jer 10:4 “wise ones of all the nations”). Wisdom doesn’t come from just one place. It can come from any place and you know it when you experience it. Wisdom is not limited to Israel and it didn’t originate there but Wisdom was one of the major facets of Near Eastern culture. The book of Proverbs refers to God giving us “30 sayings of admonition & knowledge” (Prov 22:20) and some scholars think they come from an ancient Egyptian wisdom book with 30 chapters. In the same way some scholars think large portions of the book of Job (3:1–42:6) may be a reworked Edomite tale.

Wisdom is also a complex theological term because it represents an alternative way of understanding the statement “Jesus is the Christ, the Word of God”. You see, in the book of Proverbs Wisdom is described as the first work of God at the beginning of Creation (Prov 8:21-31). So, when in the beginning of John’s Gospel we read “in the beginning was the Word” we are seeing the writer of John’s Gospel say that the Word of God is the Wisdom of God. This also makes sense of St. Paul’s claim in 1Corinthians when he describes Christ as “the power of God and the Wisdom of God… [and also as the one] who became for us wisdom from God.” (1Cor 24, 30).

There are different kinds of literature in the Bible. There is history, there’s biography, there is poetry, there are songs, there are letters, there are myths of origin, there are even coded attacks against the Roman empire (like in Revelations). One of the other types of literature is Wisdom literature. It includes Job, Proverbs, Psalms, Ecclesiastes, the Song of Songs and some other books in the Apochrypha.

If Solomon is the model for Wisdom, the Proverb is the literary prototype. You all know what a proverb is. It is a short popular saying or an authoritative word. When we speak of the improving economy and say “A rising tide lifts all boats”, or when we describe a hockey team and say “ A chain is only as strong as the weakest link”, we are quoting modern proverbs. However, when we say “A good man is hard to find” we are not quoting an episode of the Bachelorette, we are quoting the prophet Micah (7:2). And when Dr. Phil says “Don’t go to bed angry” I wonder if he knows he is quoting St. Paul’s letter to the Ephesians (4:26)?

As you can see, not all Proverbs come from the Book of Proverbs. In today’s Gospel reading from Luke, when Jesus says “Jerusalem, Jerusalem, the city that kills the prophets and stones those who are sent to it!” he is alluding to another proverb heard earlier in the Gospel when he said “No prophet is accepted in the prophet’s hometown” (Luke 4:24).

King David is thought to have composed the Psalms. The Psalms are part of the Wisdom tradition though some are more obviously wise than others. Today’s Psalm confronts the issue of fear & responds with Wisdom. What is the wisdom on offer here?

“Be strong, and let your heart take courage; [redemption will come] wait for the LORD!”

This Sunday is the second Sunday in Lent but it is also our Vestry Sunday which means after this service we have what other organizations would call our Annual General Meeting. At this meeting we will be considering a proposed Mission Statement, some proposed Strategic Directions for the next 3 – 5 years and we will also be discussing a draft Vision statement.

The planning group working on Mission & Vision has worked hard to both represent consensus and also to challenge certain assumptions. We have struggled over what it means to be a parish in the Anglican tradition when the contradictions of the larger Anglican Communion have been laid bare for all to see.

For myself, I wonder what would it mean to claim an identity as part of the wisdom tradition? Wisdom is central to Christianity but it does not originate there. It is international but also local; it is the opposite of folly but is not the same as certainty; it requires memory, action and knowledge: remembering, doing & knowing.

What would it mean for us to identify as a community of wisdom? Diana Butler Bass, in her book Christianity for the Rest of Us, says that “Wisdom [is] not esoteric, a secret for only mature believers; rather, wisdom [is] a spiritual gift whereby thinking (the head) and knowing (the heart) joined and opened the way to God.” (p. 51) This book is a study of liberal protestant churches in the US that are growing! She describes these as the ‘new village churches’ because they have found a new way to negotiate the relationship between religious faith and a secular culture. “Although they have buildings,” Bass writes, “new village churches are primarily the communal journeys of a people finding a home in tradition, practice and wisdom.” (p. 53)

Confucius said that wisdom can be learned by three methods: Reflection, imitation and experience. He said imitation was the easiest way, reflection was the noblest way and experience was the bitterest way. I recommend that when we consider our vision for the future, we consider what it would mean to claim Wisdom as our orienting image. If this seems like a scary prospect, I can only quote today’s Psalm ““Be strong, and let your heart take courage; [redemption will come] wait for the LORD!”

We’ll have a kind of cafe gathering every Wednesday from 2:30-3:30pm. Someone will be the host and be online that whole time and folks can drop in and visit at any point during that time. … END_OF_DOCUMENT_TOKEN_TO_BE_REPLACED
View Calendar
Add