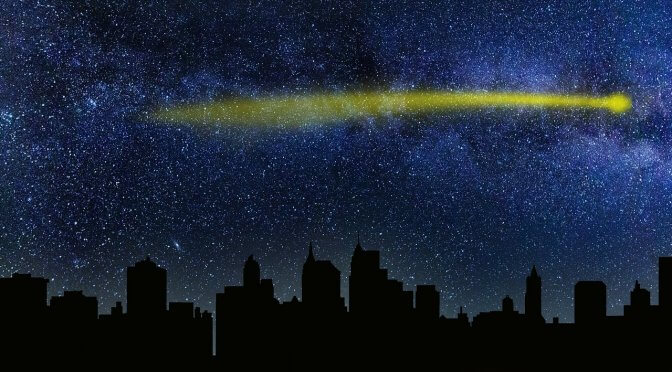 Today’s celebration of the Epiphany has always been one of my
favourites. I find it’s full of mystery, and it speaks to the
imagination and the poetic.

The word ‘Epiphany’ means ‘manifestation’ or ‘revelation.’ In
today’s feast there are traditionally have been three levels of
revelation that have been celebrated. First, the Magi are led to
the manger and the light of Christ is manifested to the gentiles.
Then Epiphany is often linked with the Baptism of Christ by
John, and the launch of Jesus’ public ministry, with the
testimony of the voice from heaven confirming that ‘This is my
Beloved Son’ followed by the manifestation of the Holy Spirit in
the form of a dove. Epiphany is also linked with John’s account
of the Marriage Feast of Cana, where Jesus first manifests his
power to the disciples by turning water into wine, a symbol of
the wedding feast that joins heaven and earth, God and
humankind, into a new and joyous union.

All of these are time-honoured traditional understandings of
today’s feast, and I respect and honour them. But today I’d like
to offer a new thread of reflection that has come to me over
the past little while.

At the centre of my rumination is the STAR that guided the
journey of the Magi. Now the Magi have sometimes been named
as three kings, as in the carol ‘We Three Kings of Orient Are’
whose many repetitive choruses I’m sure have exhausted many
singers over the ages! But I believe that the MAGI represented
astronomers – observers who read the patterns of the night sky
and watched keenly for movements of the stars and
constellations. The Magi were like cosmic sentinels of their day.
Looking out far into the distant skies, they had read the stars in
the heavens, and so followed the light that led them to Jesus
so they could present him with their gifts.

I believe scientists today are the new cosmic sentinels, the new
Magi. Scientists who interpret and analyze the movements of
the heavens and the earth are bringing to the manger in our
day, their gifts of humanity’s new knowledge in the fields of
cosmology, evolution, astrophysics. They are opening their
treasures so that, through their discoveries, humanity can come
to a new understanding of God.

Like huge silent watchers, sentinels on the rim of the earth, the
great telescopes set in high, remote places on the earth such as
Chile read the heavens and transmit the signs of the cosmos. I
believe the insights they reveal have now become the handmaid
of spirituality and the pathway to mysticism. The new story of
the origins of the universe that cosmology and astrophysics has
revealed is a love story of a God so much bigger than we have
ever conceived God. A God, in the word of Paul Tillich, a “God is
the ground of all being…God gives all levels of being their
structure and energy.”

God, is the origin of the great mystery of the cosmos. – God is
the energy that permeates the universe with love. God’s love is
the strange, wild and mysterious energy at the ground of its
being.

Ripples in space-time ripples left over from the Big Bang 13.8
million years ago have now been picked up for the first time by
Harvard scientists. Astrophysicists have been hunting for
‘primordial gravitational waves’ since they were predicted by
Albert Einstein’s theory of general relativity in 1916. Almost a
century later, scientists from the Harvard Smithsonian Centre
announced they had recorded the sound of the first direct
evidence of gravitational waves rippling through the infant
universe. “The implications for this detection stagger the mind,”
said project leader Jamie Bock. “We are measuring a signal that
comes from the dawn of time.”

So our universe bursts into existence 13.8 billion years ago. A
universe that is a mysterious ocean of energy and matter in
which space, time and energy are interwoven, and dynamic.
Fractions of a second later, the universe was expanding faster
than the speed of light. And God was in the wave, and the
particle – God was in the darkness, and God was in the light.
Before any one person or group had discovered the existence of
God, creation was filled with the divine presence.

Ilia Delio is an astrophysicist and theologian and also a member
of the Order of St. Francis. She writes extensively on the new
cosmology. Here’s a quote from one of her recent books, the
Unbearable Wholeness of Being. “Science” she writes “ tells us
today that energy is the stuff of life. Matter and energy are
interconvertible… so there is an undivided wholeness at the
heart of all cosmic life. (she continues) Mystics have described
God as the divine mystery radiating thought the cosmos though
energies of love, truth and beauty, in a plurality of waves and
particles. If God is energy, God must constantly exist as both
the field of gravitational love and the unique particularity of
each existence. It is quite possible that from all eternity, we
humans have been entangled with God’s being in the wellspring
of eternal love.”

“In the wellspring of eternal love…” Many scientists are realizing
that they cannot give full meaning to what they have
discovered….Of course, they are about facts and evidence, and
not necessarily more.

This came home to me me when I went to a conference at the
Ontario Science Centre last May called ‘Untangling the Cosmos’
During the conference question period, someone stood up and
said: “I believe in all that you’ve set out, but why is it
important and what does it mean? ” Some rather halting replies
were forthcoming from the platform and I was on the edge of
my seat, longing to say: “but that’s the work of spiritual
seekers and mystics – to interpret the meaning of what the
cosmos is revealing to us.

But this new knowledge is a challenge for spiritual seekers as
well: to realize that the gifts of science are not inimical to the
faith: rather they challenge us to re-evaluate how we have
defined God and religion. Our ideas of God, valid as they were in
their own epochs, have now become far too small…. Our
notions of God have become ossified, bearing within them the
debris of centuries of religious conflicts between warring
factions fighting over things that are no longer important. I
hope and pray that the gift of a common creation story, will
lead to the end of the era of tribal and competing religions.
After centuries of knowing the universe only by distant sight,
we can now listen to it and hear echoes of cosmic events that
took place billions of lightyears away, billions of years ago —
events that formed the stardust that made us. There is a
divine DNA imprinted within the cosmos. Our whole cosmos,
including the earth and every particle of life that has ever
evolved on this beautiful planet, all contain elements of that
divine DNA that is the energy of love.

So here is Epiphany 2018: new Magi bring their discoveries to
the manger and open them, to bring us to re-birth of hope with
the coming of the Christ Child. The light has truly shone on the
gentiles – those who have been considered outsiders and even
hostile to the spiritual sphere. Scientists in our day are the new
gentiles knocking on our doors. And we have to be open to
receive and explore these gifts.

At the the core of our tradition has always been the conviction
that the central message of Jesus is that God is Love. I believe
the message of the guiding star today is to reinforce that
conviction. The cosmos too, bearing the imprint of its creator is
on our side. So the star of the Epiphany shines over us once
again.

AND, like the Magi, we too are called to return home to God by
another way.

But where is home now?

As TS Eliot said it so well in his poem, The Journey of the Magi:
We returned to our places, the Kingdoms,
But no longer at ease here, in the old dispensation.

I know now that having glimpsed into the starry skies through
the glorious panoply of the heavens revealed by new cosmic
discoveries, I know that I can no longer live within the old
dispensations of what used to define my faith. Its boundaries
have been irrevocably breached and I cannot return to old way
of thinking. Thus I often feel a certain discombobulation in the
present moment that I think a number of people also share.
And yet, there is another thought from TS Eliot, this time from
the Four Quartets, that shows a way forward:

We shall not cease from exploration
And at the end of all our exploring
Will be to arrive where we started
And know the place for the first time.

You see, we know from Jesus that God is love. Now we know
that God’s love extends to the vast expanses of interstellar
space. The universe is on our side. The cosmos encircles our
beautiful tiny planet earth with the starry blanket of the Milky
Way as we orbit around the sun. So when we work for justice
and peace here on earth, the whole connected cosmos is on our
side, rooting for us and with us. Now that I know and experience
God anew as the energy that grounds the cosmos in beauty and
love, I shall continue to explore the mysteries of the stars, but
always returning full circle to the flame of energy at the heart
of the cosmos, which is God’s love…and knowing it again for
the first time.

So today I pray that Star of Bethlehem grace you also with
light, truth, courage and love as you embark on this new year.

We’ll have a kind of cafe gathering every Wednesday from 2:30-3:30pm. Someone will be the host and be online that whole time and folks can drop in and visit at any point during that time. … END_OF_DOCUMENT_TOKEN_TO_BE_REPLACED
View Calendar
Add