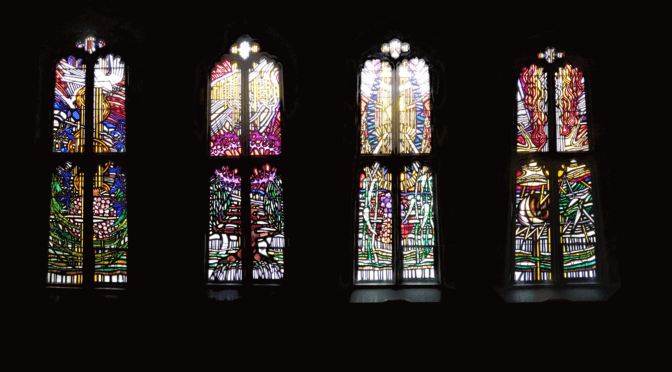 Welcome back, everyone, as we begin the journey through Holy Week. Since we won’t be able to be together holding palm branches this year, you might want to create your own branches or bring one in from outside. 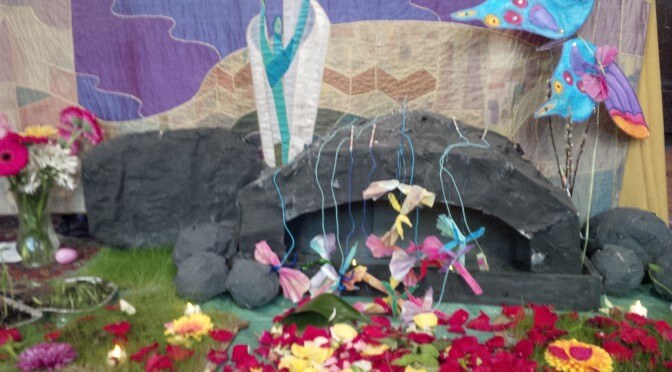 You are invited to join us for the whole Easter Story or just what speaks to your soul.

While empire in Jesus’ time consisted of distinct forms of oppression including military occupation, violence, unjust taxation, and slavery, … we have to look deeper and wider to put a recognizable face on empire. … As stated in To Seek Justice and Resist Evil, contemporary “empire is not dominated by any single state but by a network of powerful economic interests held together by the ideology of neoliberalism,” and furthermore, is a system in which most of us play some role, wittingly or unwittingly.
Living Faithfully in the Midst of Empire, United Church of Canada, 2006

We acknowledge that we gather upon the traditional territories of the Mississauga Anishaabeg, Haudenosaunee and Wendat Indigenous Peoples, the original nations of this land, who continue to cry out for justice.

prelude – Entry of the Kings

Opening – Prepare ye the way of the lord

Jesus’ entry into Jerusalem was not a simple act of obedience to God, following some preordained path to destruction and ancient prophesy. It was a radical challenge to an Empire that could not be physically resisted. It was a powerful act of political theatre and call to revolutionary change that still reverberates today. Unfortunately, empire continues to dominate our lives.
Let us prepare ourselves to join Christ’s parade into Jerusalem by first asking each other for forgiveness. END_OF_DOCUMENT_TOKEN_TO_BE_REPLACED

As Canadians and Christians we feel a lot of social pressure to be nice. To not cause trouble. Especially for folks who seem nice. Nobody should be distressed. Let’s keep everything, on the surface anyway, agreeable and pleasant. Well that’s nice isn’t it? Sometimes it’s even a good thing. But sometimes what is required is real honesty. Whether that’s telling our true feelings to a friend who needs to know, or speaking a difficult truth to those in power. Or even challenging our own assumptions.

However, that desire to smooth things over can be overwhelming at times. We may choose silence or couched words over challenging conversation. Or we may avoid someone or something altogether rather than offering a challenge and engagement that might spark personal growth or a healed relationship. END_OF_DOCUMENT_TOKEN_TO_BE_REPLACED

The story of Palm Sunday is a story of theatrical resistance: a usurping of entrenched authority. The procession into Jerusalem parodied the imperial triumphus of the roman occupiers and even that of earlier Jewish kings. Christ’s entry into Jerusalem claimed the imagery of power and turned it on its head–a donkey, not a war horse; children, beggars, parents and labourers, not an army and priests.  His entry proclaimed not imperial power, but a new realm of peace: a place where what matters are not the powers, but the people and the land itself.

Join Fallen Angles and the whole community of Holy Trinity as we consider Christ’s disruptive power in the face of empire, both then and now, in story, movement and song.

We are gathering online for the foreseeable future. The exact shape of things will change, but you can see some past ones to get a sense. If you would like to join in click here … END_OF_DOCUMENT_TOKEN_TO_BE_REPLACED
Jun
4
Thu
7:15 pm Lifting Spirits – music, poetry ... @ the Internet
Lifting Spirits – music, poetry ... @ the Internet
Jun 4 @ 7:15 pm – 8:45 pm

We are gathering online for the foreseeable future. The exact shape of things will change, but you can see the first one to get a sense. If you would like to join in click here … END_OF_DOCUMENT_TOKEN_TO_BE_REPLACED
View Calendar
Add