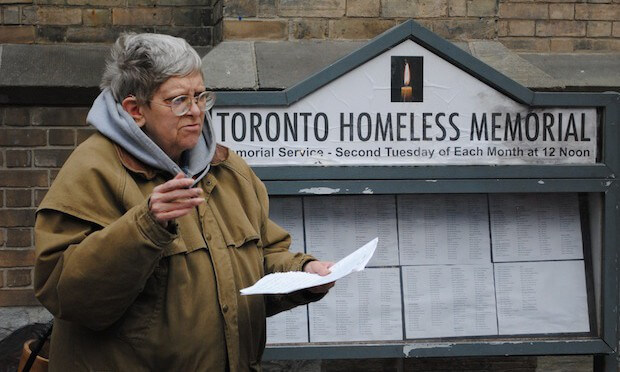 The pilgrimage began early in the morning at Holy Trinity Anglican Church, where churchwarden Michael Shapcott, who has been involved in housing advocacy in Toronto for many years, provided some historical context for the drastic decrease in social housing since the mid-1980s.

Bonnie Briggs, founder of the Toronto Homeless Memorial, then shared some of her own experiences as a homeless person on the streets of Toronto. “I first became homeless in 1987,” she said. “The landlord of the place we were living at sold the house. We were told that the new owner wanted the whole house for himself. Three months later we were on the street.”